The Royal Highland Yacht Club, or the Rock Hopers Yacht Club as it is known to some, was founded by 14 gentleman at a meeting in the Argyll Arms hotel Inveraray, on October 25 1881. The first Commodore was the Right Honorable the Earl of Bredalbane. Lord Malcolm of Poltalloch was another driving force in its formative years. In 1898 the club bought the imposing Glenlyon house on Oban's sea front for the princely sum of £2600 to use as a clubhouse for its well-heeled members. 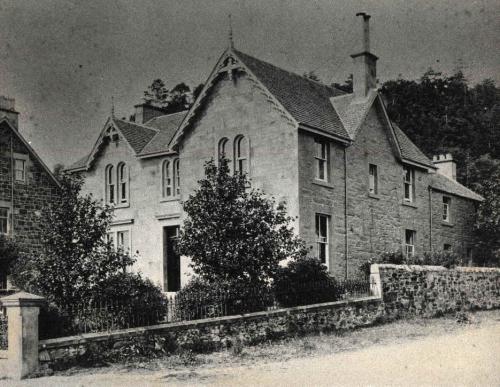 In 1962 club members crewed for Prince Philip as he cruised the Western Isles in the Royal Yacht Bloodhound. In the late 1930s and 40s the club's fortunes faltered, with membership declining and those who remained complaining of a lack of wine on the menu at the club rooms. The building used by the Red Cross and RAF during World War Two, was sold in 1946 and is now the Lancaster Hotel.

The club has since flourished and now boasts around 600 members the length and breadth of the country.

Its annual membership of £10.00 is the cheapest of any royal yacht club in the country 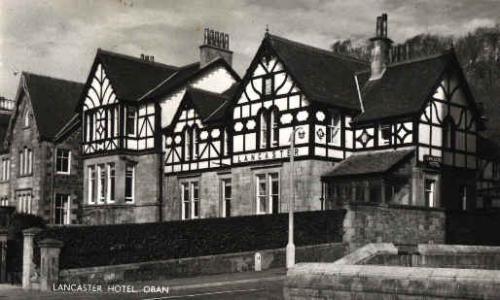 The Lancaster as it looked in 1963

Mr. Ramage made several major changes to the hotel. In 1964 he was granted a license for the hotel and the wing from room 12 to 21 was built. The lounge bar and cellar area was down stairs. In 1966 the front of the hotel was altered and extended which included the cocktail bar, entrance porch and the dining room. In 1967, Mrs. Campbell -Mr. Ramage's mother in law - had her house built at the back of the hotel, and rooms 22 and 23 were added at this stage. In 1980 the front porch and dining room were extended out another four feet and double glazing fitted . The steam was fitted room in1999. 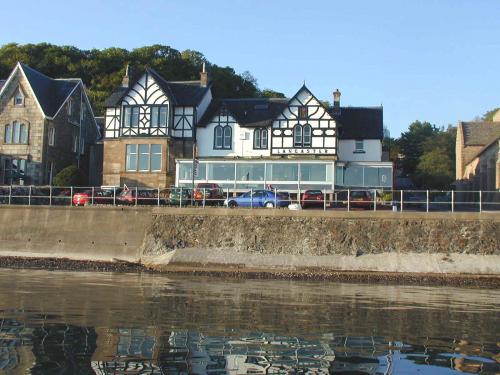 The front of the hotel was repainted in , and the stonework to the left is now "Ivory" We have been given favorable comments from guests who knew the old appearance.